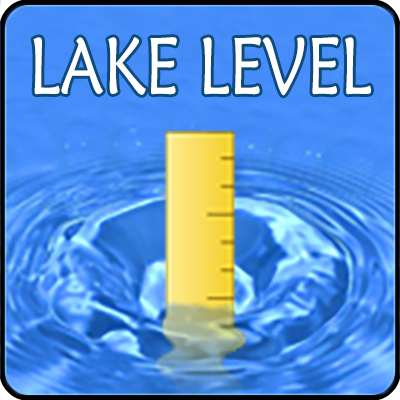 April 20, 2020:  The lake continues to come up and fill in the cover behind our homes.  The current lake level is about 28 feet from the top which is normal for a this time of the year.  Let’s hope the Dam let’s it fill it again to the top for the 5th year in a row. 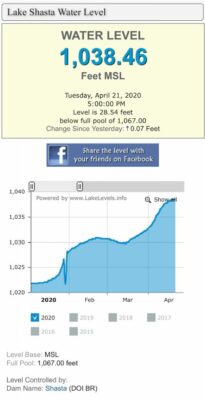 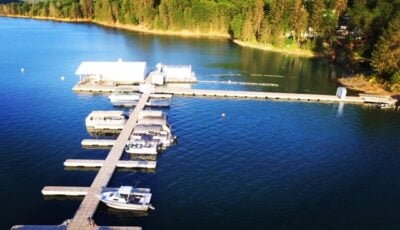 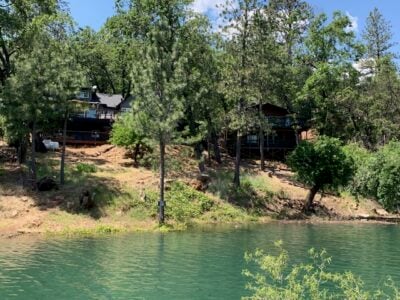 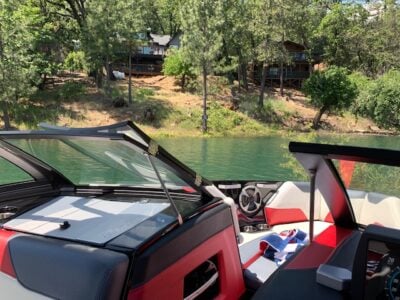 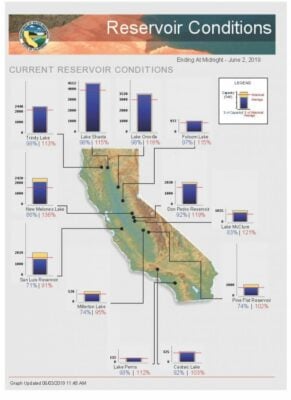 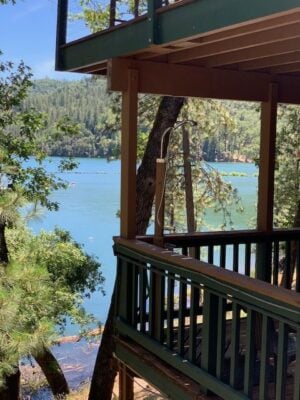 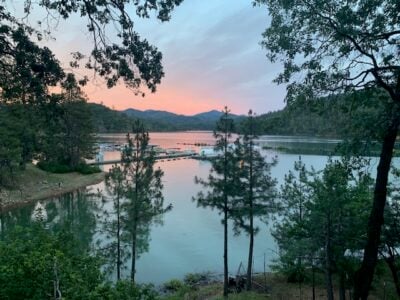 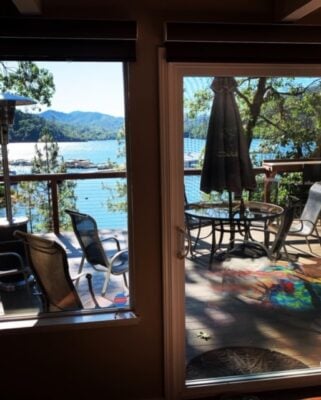 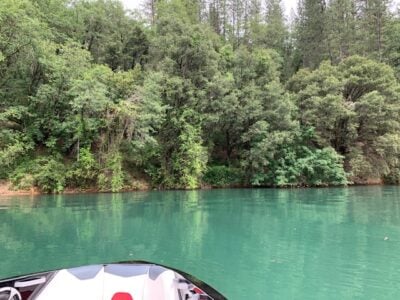 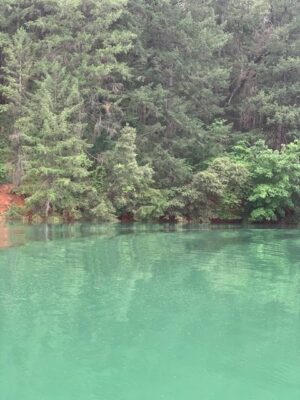 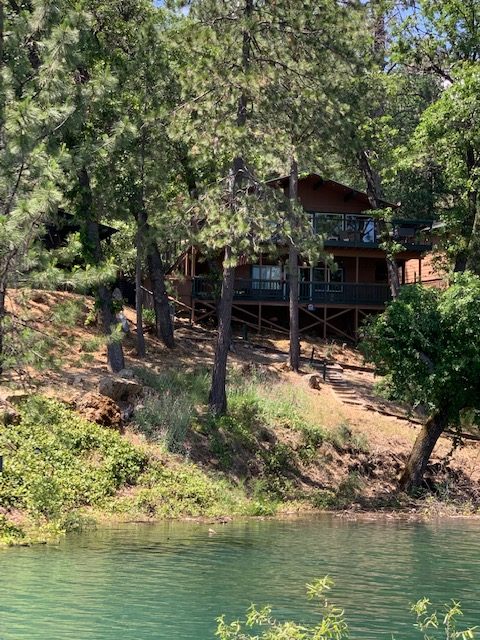 Shasta has filled to close to the top for 4 straight years and it looks like we have a chance for a 5th as as of April 20, 2020 we are only 28 feet from the top.     Shasta Lake is not only the largest lake in California, it is also the main reservoir for much of the rich crops in the central valley of the state.  As with other reservoirs, the lake level will vary through the year.  Normally the lake is at its lowest level in November before the rains and then increases to its highest level normally by Memorial Day each year after which it slowly drops through the summer/fall/early winter.  Although both our homes are rare lakefront, the distance from the house might go from a stone’s toss to several hundred yards or more.  Fortunately, unlike many homes on inlets of Shasta Lakes, we always have water and water views in front of us even at its lowest levels after four years of drought in 2015. 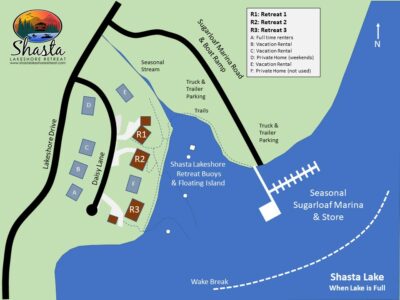 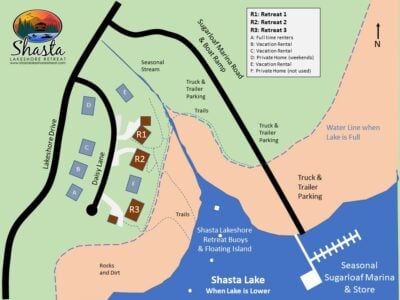 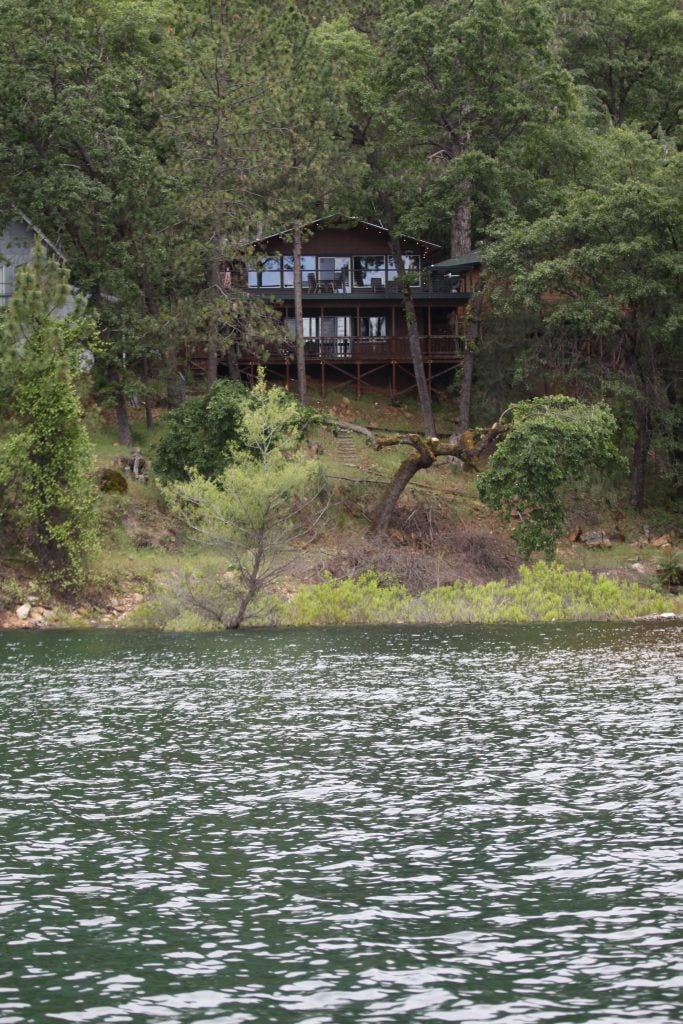 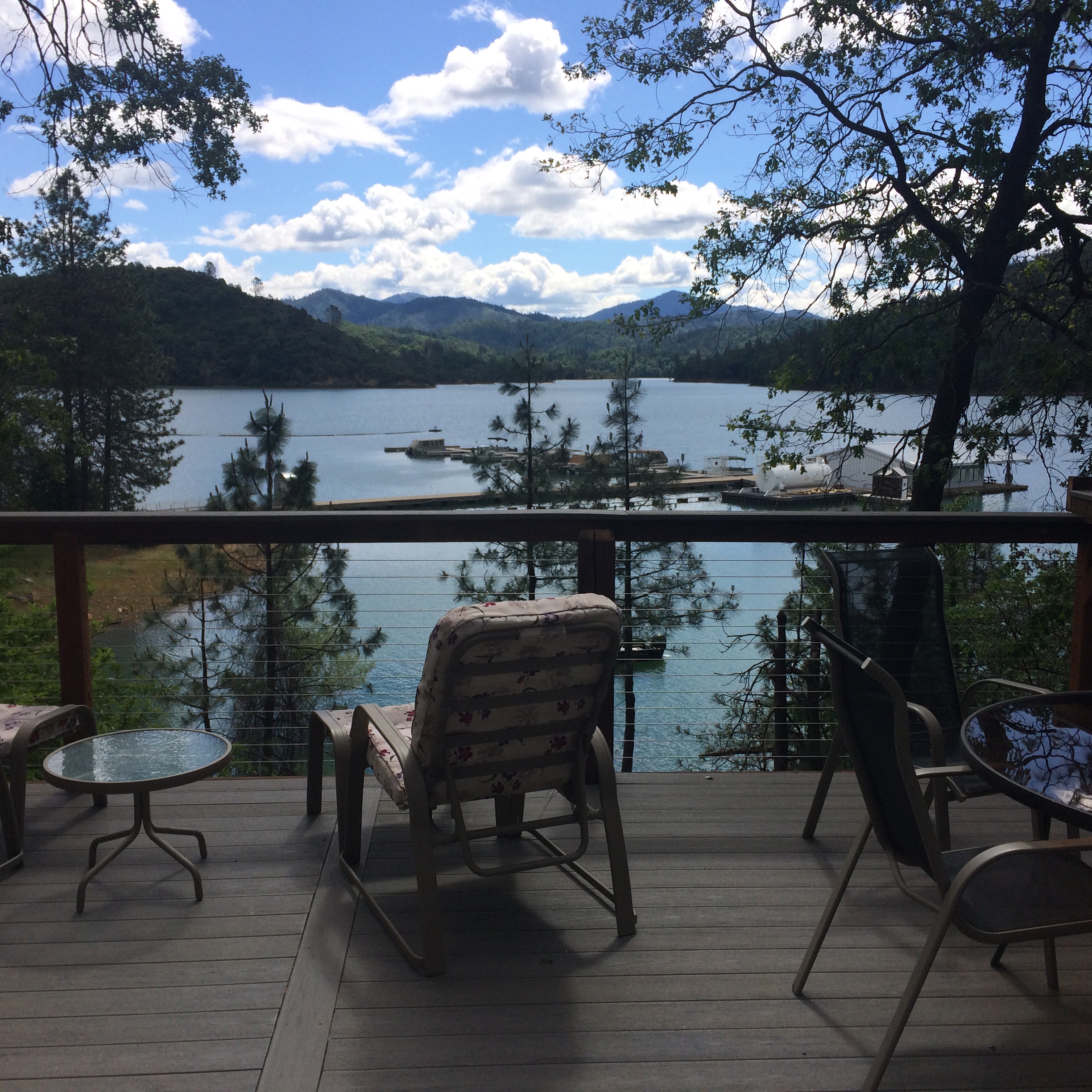 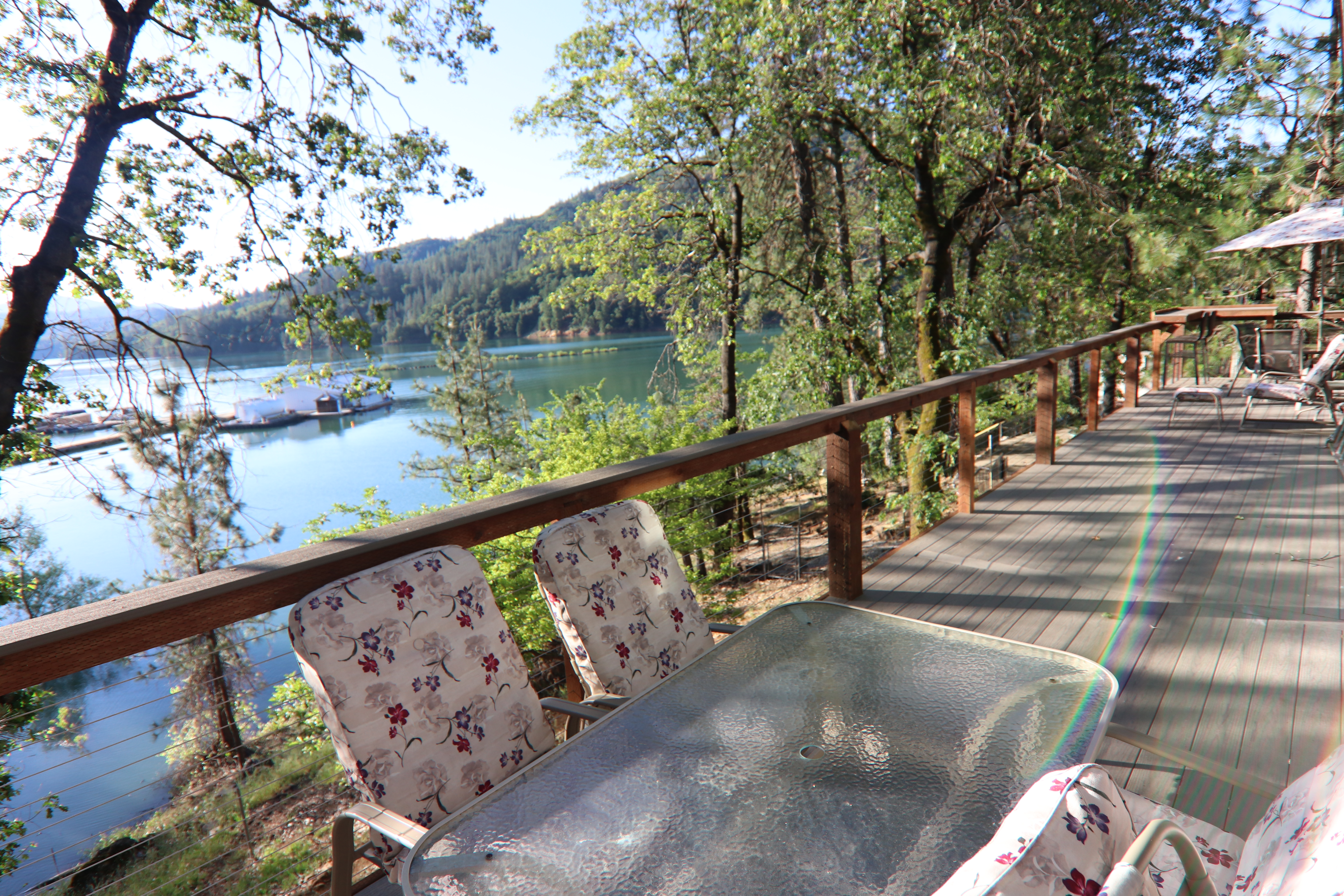 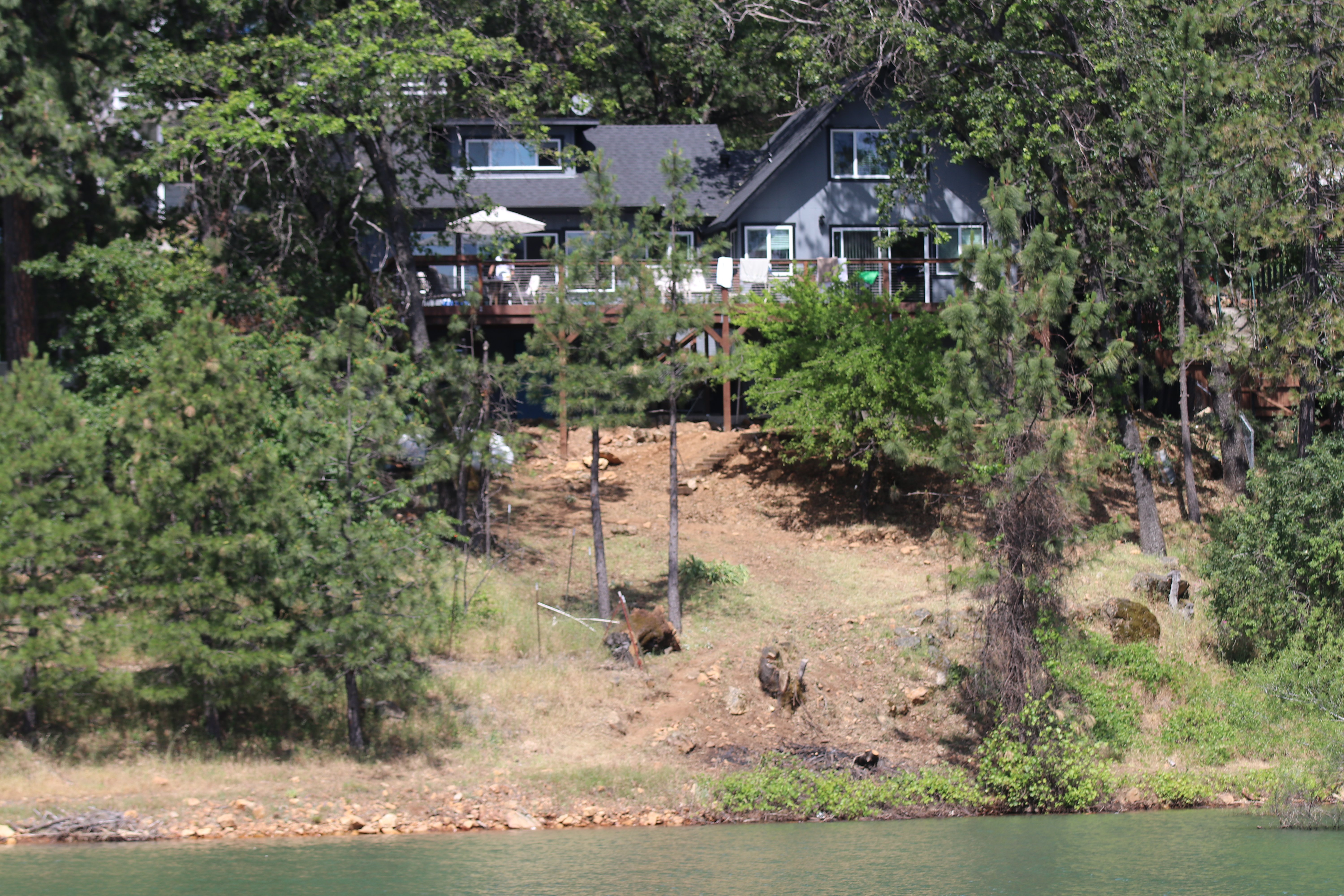 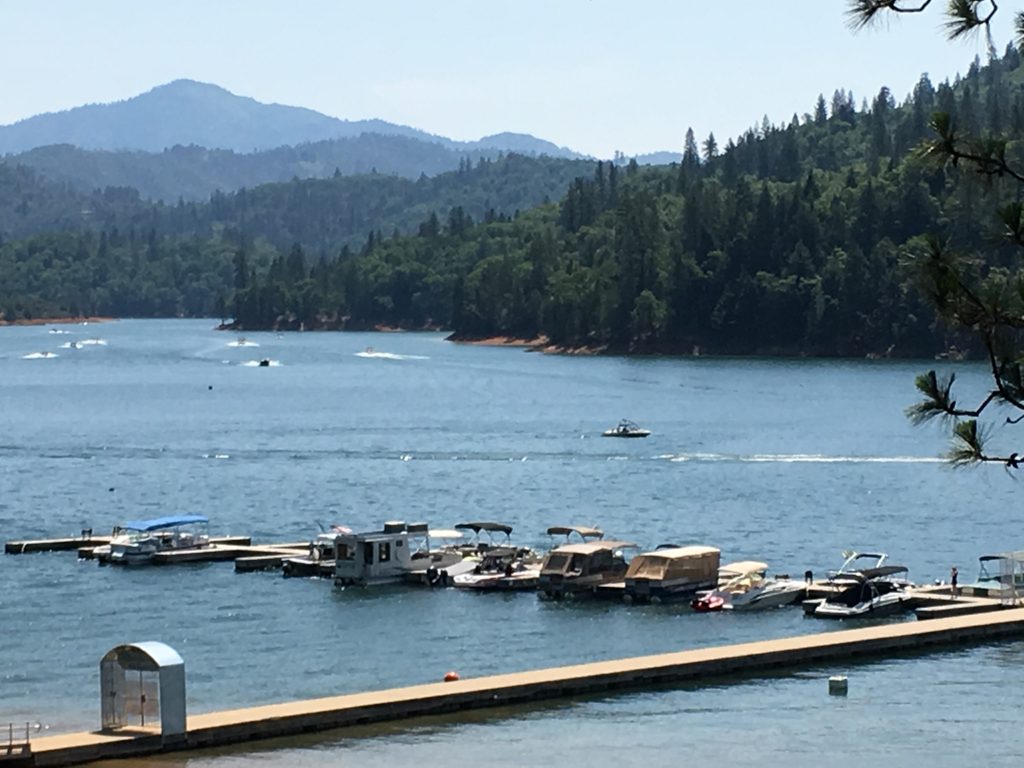 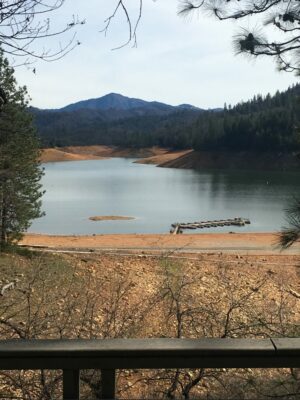 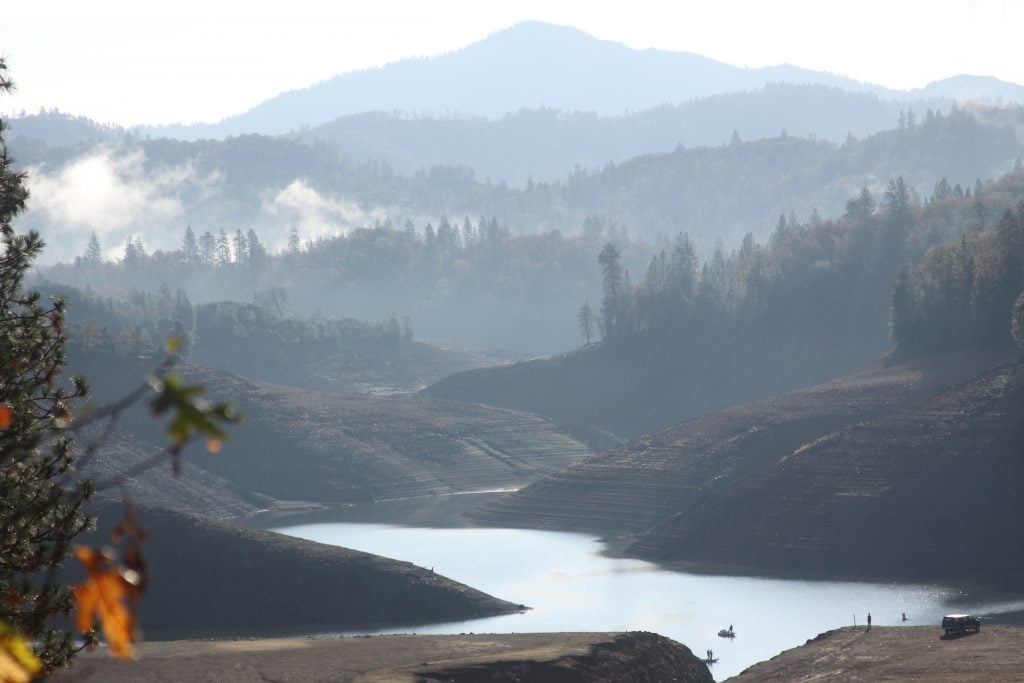 Ready to reserve? Go to Reservations